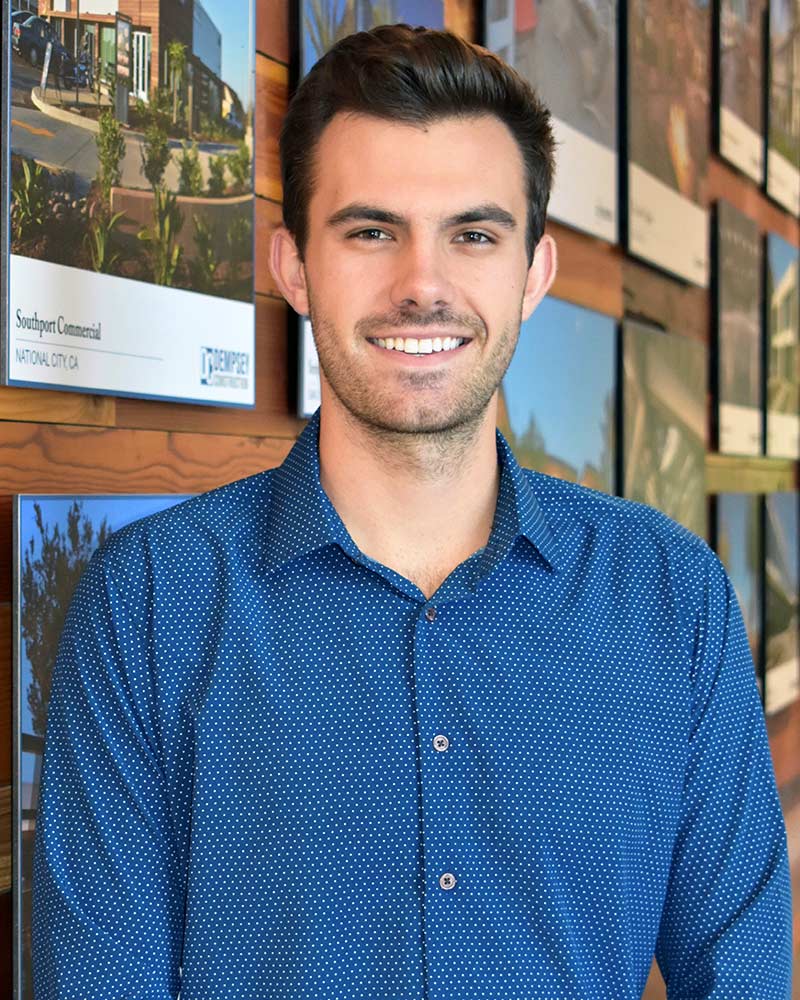 As a Project Engineer, Daniel executes a myriad of project management-oriented tasks through interaction with Dempsey’s Project Management Team, subcontractors, engineering teams, and architects. Daniel has spent two years working within the Defense & Aerospace Industries while attending the University of San Diego where he obtained a B.S. in Business Administration. At the University of San Diego, Daniel founded the Men’s Ice Hockey Team and developed an
affinity for an active life in the outdoors. He now enjoys taking the occasional weekend where he gets out of the city to go off-roading and camping with friends and family. Joining the Dempsey Team in late-August 2019 Daniel looks forward to absorbing all that the team and the industry has to offer. As he progresses, he wants to prioritize the value added to the team and to our customers through his dedicated focus on efficiency.